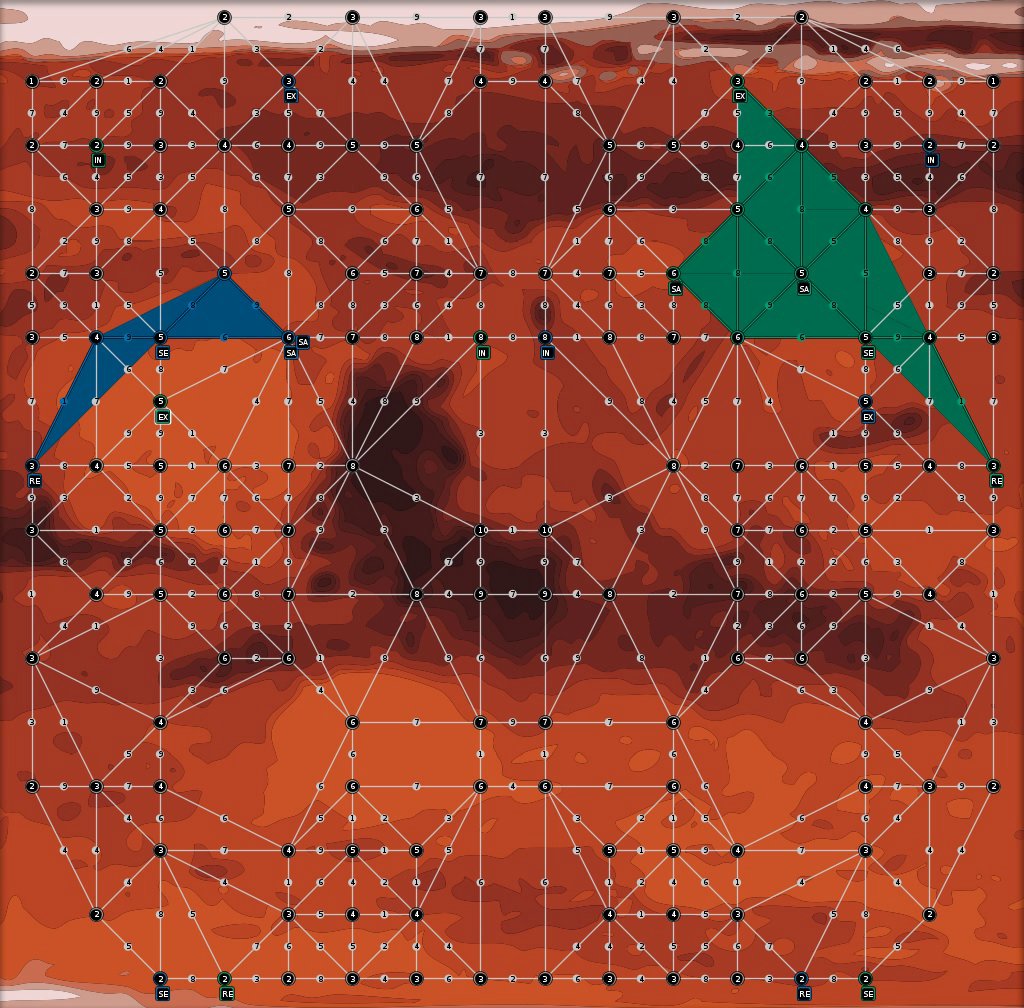 In 2011 the contest was organized together with ProMAS 2011 workshop within AAMAS 2011. The contest scenario “Agents on Mars” consisted of developing a multi-agent system to solve a cooperative task in a dynamic environment. The goal was to implement a team of cooperating agents with different roles in order to occupy zones on planet Mars.

This year’s winner is HACTAR V2 from TU Delft.

The winner of the contest was awarded with a voucher for 500 EUR worth in books, thankfully provided by Springer Verlag.

that can serve as milestones for testing multi-agent programming languages, platforms and tools. We also expect that participating at the contest helps to debug existing systems and to identify their weak and strong aspects. The performance of a particular system will be determined in a series of games where the systems compete against each other. While winning the competition is not the main point, we hope it will shed light on the applicability of certain frameworks to particular domains.

The participation in this contest consisted of these parts:

Your Agents: All Terrain Planetary Vehicles

You have 20 agents and 5 roles with 4 agents per role. Your explorers can find water wells and help to explore the map. The sentinels have long distance-sensors and can observe huge areas. Your saboteurs can attack and deactivate your enemies. The inspectors can spy on your opponent’s agents. And your repairers can restore your damaged agents.

Details about the Participants

Also see the complete results of the individual matches.

In that package you will find:

In order to get started, just unpack the archive and read the readmefirst.pdf.